The Greater Vancouver residential housing market entered three distinctive phases in 2010. Continued buoyancy from the post-recession recovery began the year, followed by a summer lull and, throughout the fall, a sustained period of stability.

The Real Estate Board of Greater Vancouver (REBGV) reports that total sales of detached, attached and apartment properties in 2010 reached 30,595, a 14.2 per cent decrease from the 35,669 sales recorded in 2009, but a 24.2 per cent increase from the 24,626 residential sales in 2008. Last year’s number of housing sales was 10.3 per cent below the ten-year average for annual Multiple Listing Service® (MLS®) sales in the region.

“The last two years have been a bit of a rollercoaster for the real estate market. However, sales over the past six months have definitely shown a trend toward stability. We think that’s good news for home buyers and sellers,” Jake Moldowan, REBGV president said. “The Greater Vancouver housing market experienced a modest increase in home prices in 2010, and a continual decrease in the number of properties being listed for sale.”

“Although we saw some pressure on home prices throughout the year, home values in 2010 remained relatively steady in the region compared to the last few years when we witnessed much more fluctuation,” Moldowan said. 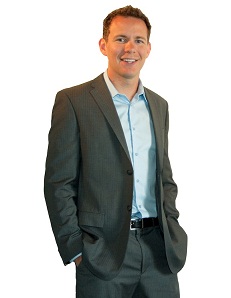 This entry was posted on January 5th, 2011 by Pete Shpak | Posted in Monthly Market Updates