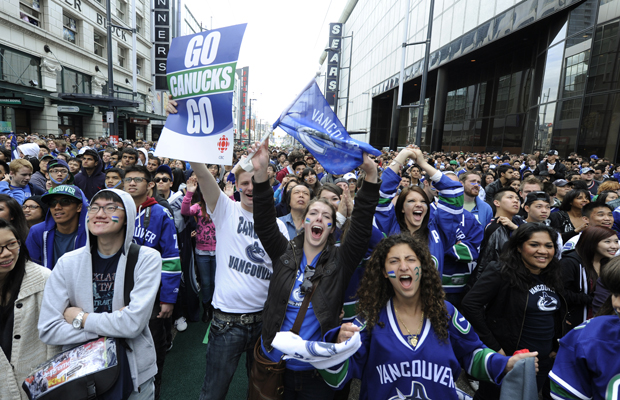 I was hoping to write something interesting to do in Vancouver today, but as the time ticks closer and closer to the start of the third game tonight in Boston I think it would be pretty much useless.

We are two wins away from making history in Vancouver. I don't care if you aren't a hockey fan... you should be watching this. Get to a bar, your friends house, out to the public viewing areas - apparently they have added new TV's and all six lanes of West Georgia Street between Hamilton Street and Richards Street will be shut down at about 2 p.m. PT today... wherever you are don't miss this!

See what the die hard Boston Fans have to say... in 2 parts!